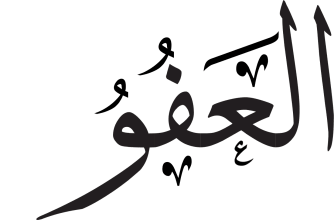 Male
Female
Child
The One who eliminates sins and faults. He is the One who not only forgives sins, but can completely blot out and make any mistake, error or sin disappear whenever He wishes.
Allah, Exalted be He, says, “Allah is Ever Pardoning, Ever-Forgiving.” (Surat An-Nisa’, 4:43).
He forgives sins and overlooks the transgression of wrongdoers and gives general pardon that erases all sins committed by His servants, especially if they do something that is bound to bring about His forgiveness, such as sincerely declaring His Oneness, seeking His forgiveness, turning to Him in repentance and doing righteous deeds.

The One who blots out and leaves no trace of any sin or fault.

The One who passes over and absolves any fault.

The One who can remove and obliterate all traces of wrong actions.

The One who can make any sin, error or fault disappear.

From the root ‘a-f-a which has the following classical Arabic connotations:

to forgive, pardon
to pass over, forgo, absolve
to obliterate all traces, efface, remove
to kill-off, allow to die
to turn away from punishing, not see, annul
to make unapparent, imperceptible
to give spontaneously, to give without constraint
to give more than what is due

The words Ghafūr and Ghaffār denote simply forgiving or protecting, while ‘Afūw indicates complete removal or obliteration of the condition.

The classical Arabic dictionary Taj al-Arūs offers a beautiful metaphor wherein ‘afūw is said to be like a mighty desert wind which completely obliterates the footprints in the sand.

Man’s share in this name should be clear: he should be one who excuses everyone who harms him, doing good for him instead, just the same as he sees God most high doing good in this world to the disobedient as well as the disbeliever, rather than bring them swiftly to punishment.

‘Afūw and Muntaqim are complementary attributes. ‘Afūw is the forgiver, while Muntaqim is the avenger.