AL-BA’ITH-The Resurrector, The Raiser of the Dead The Infuser of New Life 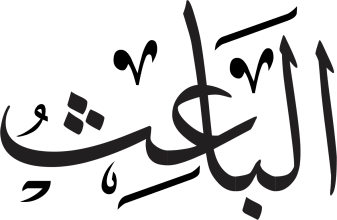 The One who chooses who shall awaken and who shall be sent forth.

From the root b-‘a-th which has the following classical Arabic connotations:

to call forth, awaken
to raise up from sleep or death
to resurrect
to delegate, consign
to send, send out, make manifest

The term Bā’ith is not specifically used as a Beautiful Name in the Qur’ān.