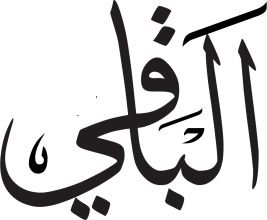 Male
Female
Child
The One that the state of non-existence is impossible for Him.

The One who existed before all of creation, and who will remain after all of this creation has come and gone.

The One who is everlasting, perpetual, beginning-less, endless. The One whose existence is eternal. The One who remains forever, unaffected by time.

From the root b-q-y which has the following classical Arabic connotations:

to remain, continue, endure
to be permanent, everlasting, constant
to survive forever
to be incessant, continuous, endless

The term Bāqī is not specifically used as a Beautiful Name in the Qur’ān.

The term Abqā, also from the b-q-y root, is used in the Qur’ān (20:73) where it is commonly translated as the Most Lasting, Ever Lasting or Most Abiding.

The related term baqā’, which is from the same b-q-y root,  is often translated as eternal life. In the state of baqā’ bi-llāh there is a return from the ephemeral to the eternal, a shift from the egocentric to the Divine, where all that remains is the eternal Thou. The return to the Everlasting, the return from one’s worldly preoccupation with the ephemeral, the shift away from one’s own ego being treated as the center of life, is often called fanā’ which literally means to fade away, dwindle, recede or come to an end.