AL-HAADI-The Guide The Provider of Guidance 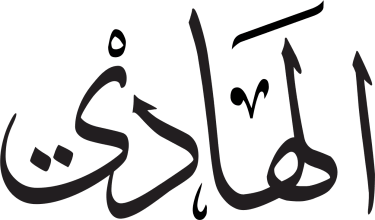 Male
Female
Child
The One who is the source of guidance. He is the One who sent prophets and messengers to guide mankind, guides the senses and hearts and directs His servants to the Straight Path.
Allah, Exalted be He, says, “Your Lord suffices as a guide and as a helper.” (Surat Al-Furqaan, 25:31).
He is the One who helps His creation to get to know Him as being their Lord and Creator, guides them to whatever is in their best interests and to earn their livelihoods. He has shown people the path of good and the path of evil and guides to His Right Path whomever of them He wills.

The One who continually shows the right way. The One who kindly guides aright.

The One who sends prophets and messengers to guide mankind. The One who guides hearts to a knowledge of the Divine essence.

The One who is the source of all guidance. The One who faithfully continues to guide aright until the goal is finally attained.

From the root h-d-y which has the following classical Arabic connotations:

Rashīd refers primarily to being directed to, or set upon, the appointed right path with supreme certainty of the intended outcome, while Hādī refers primarily to the continuing guidance, leadership and direction that is kindly provided to reach the path and also along the path until the goal is achieved.