AL-MALIK-The King and Owner of Dominion The Eternal Lord 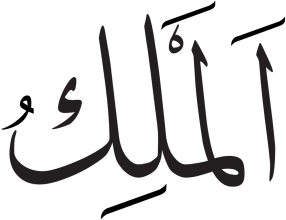 Male
Female
Child
The One who possesses the attribute of Mulk (kingdom), dominion, power, authority. Allah is Al Malikul Haqq. He is the One who possesses the disposal of all affairs. He commands, makes and does whatever He wants. And Allah gives Mulk to whoever He wants, as Mulk belongs to Him. The One with the complete Dominion, the One Whose Dominion is clear from imperfection.
Allah, Exalted be He, says, “…the Sovereign Lord (Al-Malik) the Holy One…” (Surat AlHashr, 59:23) He also says, “Truly, the righteous will be among gardens and rivers, in a seat of honour in the presence of a Sovereign who is Perfect in Ability.” (Surat Al-Qamar, 54:54-55) He also says, “Say, ‘O Allah! Owner of Sovereignty!…?” (Surat Aal–Imraan, 3:26)
To Allah belongs the kingdom of the heavens and of the earth and all that is in them. To Him belongs absolute and perfect dominion, and He manages all affairs of the universe. Every worldly king only holds such a powerful position because it is Allah, Exalted be He, who has granted him such a position. Everything in the entire universe is under His control, and nothing He gives to His slaves decreases what He has in the least.

Worshipping Allah alone without associating any partners with Him, with true love, fear and hope, for He is the One who gives and withholds and the One who does whatever He wills and manages all the affairs of the universe. Allah, Exalted be He, says, “There is no living creature but He holds it by its forelock.” (Surat Hud, 11:56)
Wholeheartedly accepting Allah’s decisions, submitting to His will, not turning to any laws other than His law and referring all matters to His judgement.
Developing strong attachment to our Lord in pursuit of our livelihoods, wholeheartedly accepting whatever He decides for us after doing our best and using all the means possible.
Whatever we possess in this world, small or big, constitutes nothing but a partial, temporary possession which Allah has granted us, and all borrowed property will be returned to Allah, its real owner. Therefore, we must show humility before our Creator, the True God, Exalted be He.

The One who has supreme authority, and who is relied upon by everyone.

The One who has all ruling power over all beings, and is ruled by none.

From the root m-l-k which has the following classical Arabic connotations:

to possess, to own exclusively
to exercise authority to command
to have power over, command, reign
to have dominion over, to have ruling power
to have kingship

The name Malik signifies king, while the name the name Mālik, by virtue of the ā which intensifies the meaning, signifies something that is in some way greater than a king, and is often translated as master or lord. However, the exact differences between these names are not universally agreed upon.