AL-MUGHNI-The Enricher The Bestower of Sufficiency 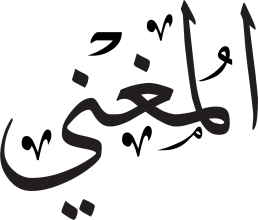 Male
Female
Child
The One who satisfies the necessities of the creatures.

The One who enriches all of creation. The One who creates all appearances of independence or self-sufficiency.

From the root gh-n-y which has the following classical Arabic connotations:

to be free from wants or needs
to be self-sufficient
to be able to do without help from others
to be content, satisfied
to be rich, wealthy

The name Mughnī  is not specifically used as a Beautiful Name in the Qur’ān.

Ghanī , from the same gh-n-y root, denotes the One whose essential nature is independence, self-sufficiency and supreme wealth.

Mughnī denotes specific deeds done by the One in bestowing wealth.