AL-MUQADDIM-The Expediter, The Promoter The Expediting One 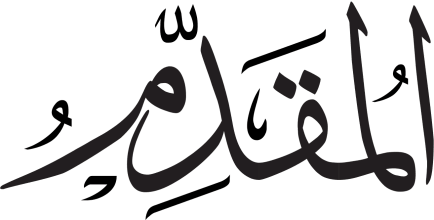 From the root q-d-m which has the following classical Arabic connotations:

to precede, to come before
to head, to lead
to offer, to bring forward
to make foremost, to put at the front
to advance, to promote
to exist without beginning

The name Muqaddim is not specifically used as a Beautiful Name in the Qur’ān.

The names Muqaddim (promoter) and Mu’akhkhir (delayer) are opposites.