AL-WAASI’-The All-Encompassing, the Boundless The All-Pervading One 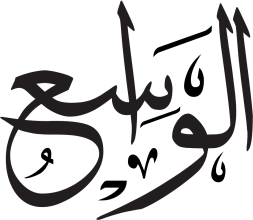 Male
Female
Child
The One Whose expansive essence encompasses the whole creation. His capacities and the meanings of His Attributes are without limit and in abundance. The power, mercy, generosity and knowledge of Al-Waasi’ are boundless. His authority never ends and His domain is endless.
Allah, Exalted be He, says, “He is the One, the Supreme and Irresistible.” (Surat Ar-Ra’d, 13:16); “Say, ‘He is Allah, the One and Only.’ ” (Surat Al Ikhlaas, 112:1)
He is, and has always been, one, without anyone else with Him. He is unique and there is no one like Him in His being, just as He is unique in His attributes, actions and lordship. He is the only One who deserves to be worshipped.

The One whose expansive essence holds and embraces all of creation.

The One who is vast without limit. The One of limitless capacity and abundance.

The One who is ample-giving, all-embracing and all-pervading.

The One whose power, knowledge, mercy and generosity are boundless.

From the root w-s-‘ which has the following classical Arabic connotations:

to be sufficient in capacity or size, wide, spacious
to be ample, plentiful, bountiful, rich
to comprehend, embrace, include, take in, pervade