AR-RAHMAAN-The Most or Entirely Merciful The Beneficent 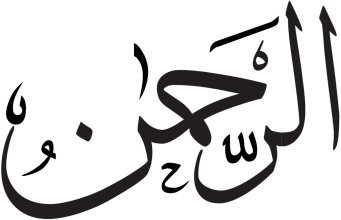 Male
Female
Child
Allah, Ar-Rahmaan, bestows His Mercy (Rahmah) upon all the creatures in this universe. He who wills goodness and mercy for all His creatures.
Allah, Exalted be He, says, “In the name of Allah, the Most Gracious, the Most Merciful.” (Surat Al-Faatihah, 1:1)
These two venerable names are derived from the Arabic word Ar-rahmah (mercy). The name Ar-Rahmaan relates to His Being, that is, mercy that is His intrinsic attribute. This type of mercy is comprehensive and Allah shows it to all His creation without exception both in this life and in the hereafter. Allah, Exalted be He, says, “Our Lord, You encompass everything in mercy and knowledge.” (Surat Ghaafir, 40:7)
Ar-Raheem, on the other hand, refers to Allah’s actual mercy and the extra mercy which He shows towards the believers in this life by guiding them to Islam and making their lives easy for them; He also shows it towards them in the hereafter by forgiving their sins and raising them to higher ranks and degrees of honour. Allah the Exalted says, “He is ever Merciful to the believers.” (Surat Al-Ahzaab, 33:43)
Allah’s immense mercy for His slaves includes the fact that He created them with an innate inclination to believe in Him (fitrah), sent messengers to them, revealed scriptures and laid down laws for their own worldly benefits to protect their lives, honour and property. Allah, Exalted be He, says, “We have not sent you [O Mohammad] but as a mercy to all mankind.” (Surat alAnbiyaa’, 21:107)
His mercy includes the blessings He bestows on His righteous servants and the victory He grants them.
It also includes forgiving their sins, multiplying their rewards and raising them to higher degrees of honour in the hereafter for whatever harm that afflicts them.
It also includes the compassion that He has placed in His creation towards one another, such as love and compassion a mother has for her child and the ease with which all creatures receive their sustenance.

Benefits of belief in these two names include the following:

Loving Allah as He truly deserves to be loved, hoping for His mercyand never despairing of it.
Showing gratefulness to Allah for the mercy He shows towards us and for the numerous blessings He has bestowed on us.
Thinking well of Allah and having good expectations of Him, exercising patience in times of trials and tribulations, hoping to have our sins forgiven and looking forward to Allah’s help and assistance.
Acquiring the quality of mercy and showing it towards others inder to guide them to Islam and as a means of showing kindness to them.
Being aware of Allah’s presence and thus trying not to disobey Him in return for His immense mercy and His kindness to him.
Striving to receive Allah’s mercy by doing things that will help us achieve this noble goal, including the following:
Doing acts that He likes and abandoning those that He does not like.
Reflecting upon the Noble Qur’an, listening to it attentively and reciting it constantly.
Observing good moral character and showing mercy and kindness to Allah’s creation.
Remembering Allah, Exalted be He, asking His forgiveness, calling upon Him and and demonstrating total humility to Him.

The One who continually showers all of creation with blessings and prosperity without any disparity. The One who is most kind, loving and merciful.

The One whose endless, loving mercy is perfect and inclusive. The One who is overflowing with the quality of loving mercy and is continually pouring it upon all of creation.

From the root r-h-m which has the following classical Arabic connotations:

to have tenderness, gentleness, kindness
to love
to have mercy, to have pity
to show favor and goodness
to have all that is required for beneficence

The root r-h-m also indicates womb; meaning that which provides protection and nourishment, and that from which all of creation is brought into being.

Rahmān conveys the idea of fullness and extensiveness, indicating the great quality of love and mercy which engulfs all of creation without any effort or request on our part, while Rahīm conveys the idea of constant renewal and giving liberal reward to those who are deserving.

According to Ibn Qayyum (1350 AD), Rahmān describes the quality of abounding Grace which is inherent in and inseparable from the Almighty.

In Muhammad Ali’s translation of the Qur’ān, he refers to classical sources (as indicated by the initials in parenthesis) who said:

Rahmān and Rahīm are both derived from the root rahmat, signifying tenderness requiring the exercise of beneficence [kindness] (R), and thus comprising the ideas of love and mercy.

Lexicologists agree in holding that the former includes both the believer and the unbeliever for its objects, while the latter relates specifically to the believer (LL).

In the Dictionary of the Holy Qur’ān, Abdul Omar quotes from classical resources:

Rahmān is an active participle noun of the measure fa’lān which conveys the idea of fullness and extensiveness and indicates the greatest preponderance of the quality of love and mercy which comprehends the entire universe without regard to our effort or asking, even before we are born. The creation of the sun, the moon, air and water, etc are all there because of this attribute….  the term Rahmān circumscribes the quality of abounding Grace inherent in and inseparable from the Almighty.

Rahīm is in the measure of fa’īl and denotes the idea of constant repetition and giving of a liberal reward to those who deserve it and seek it. The Manifestation of this attribute is in response to and is a result of the action of the human being. That is, Rahīm indicates that which is extremely and continuously loving and merciful, and who is the dispenser of grace and love as a result of our deeds and supplications, and the One in whom the attribute is constantly and [endlessly] repeated.