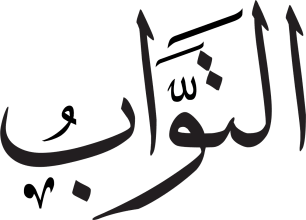 The One who beckons for our return. The One who repeatedly turns mankind toward repentance.

From the root t-w-b which has the following classical Arabic connotations:

to return
to return to goodness, to repent
to be restored
to be rewarded for deeds
to be repeatedly summoned or called